London Female Saxophonist, Sarah Saxophone, trained at Guildhall School of Music and Drama. Sarah studied the saxophone, doubling on flute and clarinet where she was awarded her Bachelors in Music. Since graduating Sarah has led a varied and successful career in both classical and pop music. To date Sarah’s career highlights have included concerts and private events for some of the most exclusive clientelle in London and across Europe.

Touring worldwide, Sarah has headlined at the Purcell Rooms, Southbank Centre, toured with Yamaha and Classic FM through to performing for Prince Charles at the opening of the Hackney Empire and being chosen to by royalty for a birthday at Cafe Royal London. As a composer Sarah’s has written for many groups as well as producing her own solo album. As an arranger her most recent work was a commission for TFI Friday, arranging for music for three of their shows. Sarah’s tango, Sahara Tango, written for girl instrumental group, Sahara was featured on a compilation album Europe and has been played on radio stations across the UK including being featured on Classic FM TV

As a producer Sarah is much sort after for her excellent precision to detail from producing music albums, music videos and full stage shows. Drawing on her talent and love for both classical and pop music to her DJ Live Show, the possibilities are endless.

Learn to Play the Saxophone

WHAT CLIENTS HAD TO SAY

Have you always wanted to play the saxophone?

Checkout my Online Saxophone Courses from The Foundations of Playing the Saxophone to Mastering Advanced Techniques of Baker Street!

Carefully crafted Saxophone courses to get you learning the saxophone as a complete beginner to intermediate and advanced saxophone techniques. With online support, complete with the option to book 1 – 2 – 1 masterclasses online with Sarah.

Silver Lining is a fun uplifting tune with hooky sax lines. Sarah is currently in discussion with record labels to release this track. Featuring singer Kwabs before he signed his record deal and MC Joleone. Stay in touch with release dates on facebook and Instagram Sarah Louise Ings.

“I had a brilliant time. Totally enjoyable. I’ll remember the evening for some time to come.”
Shirley Streete-Bharath Head of Productions
Corporate Event 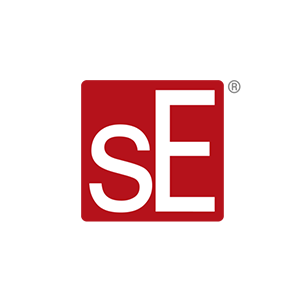